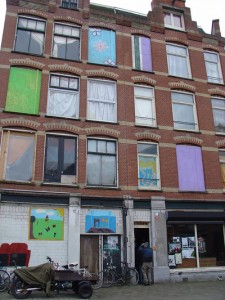 Copyleft was an internet cafe/computer lab located in the West of Amsterdam. There we hosted occasional workshops and Slug’s weekly meetings. The idea of Copyleft was to provide a space where people could make use of the Internet as well as work on their various projects, meet up with each other and share their knowledge or just hang around with friends and fellow nerds.

At this moment the Barcelona squat (where Copyleft was situated) has been turned into a pile of rubble after being evicted with massive police force. The house was never surrendered to the powers of evil. Pigs had to work hard for their money…
This is the last message received from our flag ship before the contact was lost. 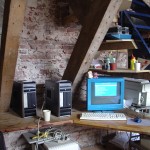 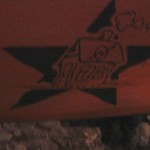 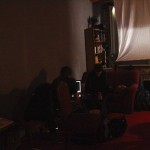 alarming news from the western front: looks like our mothership is facing battle with the forces of evil. On the 8.08.08 our elite troops under the codename “BARCELONA” reported hearing that Parnassusweg, the Intergalactic KingDOOM of FuckYou, has ordered all our troops to be destroyed by the 31st of August. The colony occupied by the rebels has been ordered to surrender to the slimy greedy evil overlord Ymere and his henchman stadsdeel Westerpark.

From our counter-intelligence we have learned that the strong arm of the enemy is so powerful that our mothership could be turned into a pile of rubble any second now. It looks like the only thing we can do is to save all our resources and to try to colonize ourselves a new homebase somewhere close by. But we are not going to surrender! This is just one battle – the war continues.

May the force be with us!