Operation – Save our shit

Amsterdam Squatting movement is suffering the biggest repression ever seen. Since the squatting ban (october 2010) a lot (most of) squats in the city had been evicted. We (SLUG) were also affected by the city policy and were not able to open new squatted hacklab in the “free”city of Amsterdam. That is one of the main reasons we decided to go for more stable option and thanks to BinnenPret collective this was made possible. Still we had to rescue all the junk that we have been collecting through out the years. Recent evictions of couple of squats and coming eviction of The Basement where we’ve been storing most of “our shit” forced us to once again move it to safety. Of course we’re “always looking at the bright side of life” which in this case means sorting out the stuff so we can realize how much old useless junk we have.

Anyone up for Pentium2 machine? 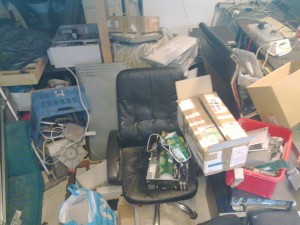 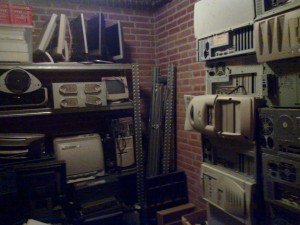 This entry was posted in Basement?, LAG. Bookmark the permalink.